The earliest extant examples of cooking recipes are to be found in Mesopotamia, thirty-four of them written in Akkadian cuneiform on three clay tablets from the 18th century before the Christian era (BCE), and an additional one  from the 6th/5th c. BCE.

In ancient Greece, the first cookery books emerged in the second half of the fifth century BCE, but only fragments remain. The only recipe collection from Antiquity that has survived in its entirety dates back to the reign of Emperor Tiberius (1st century CE), though it was probably only gathered in the fourth (or fifth) century;  De re coquinaria (‘On cooking’) contains 478 recipes from a wide variety of sources, and is attributed to one Caelius Apicius.

Whilst it would take another ten centuries for other cookery books to be produced in the European continent, the Arabic culinary tradition burst onto the scene with a bang in the middle of the tenth century, when a certain al-Warrāq, about whose life nothing is known, compiled a culinary treatise titled Kitāb al-ṭabīkh [wa iṣlāḥ al-aghdhiyya al-ma’kulāt wa ṭayyib al-aṭʿima al-maṣnū`āt] (‘The Book of Dishes, the best food and the finest preparations’), which contains over 600 recipes. 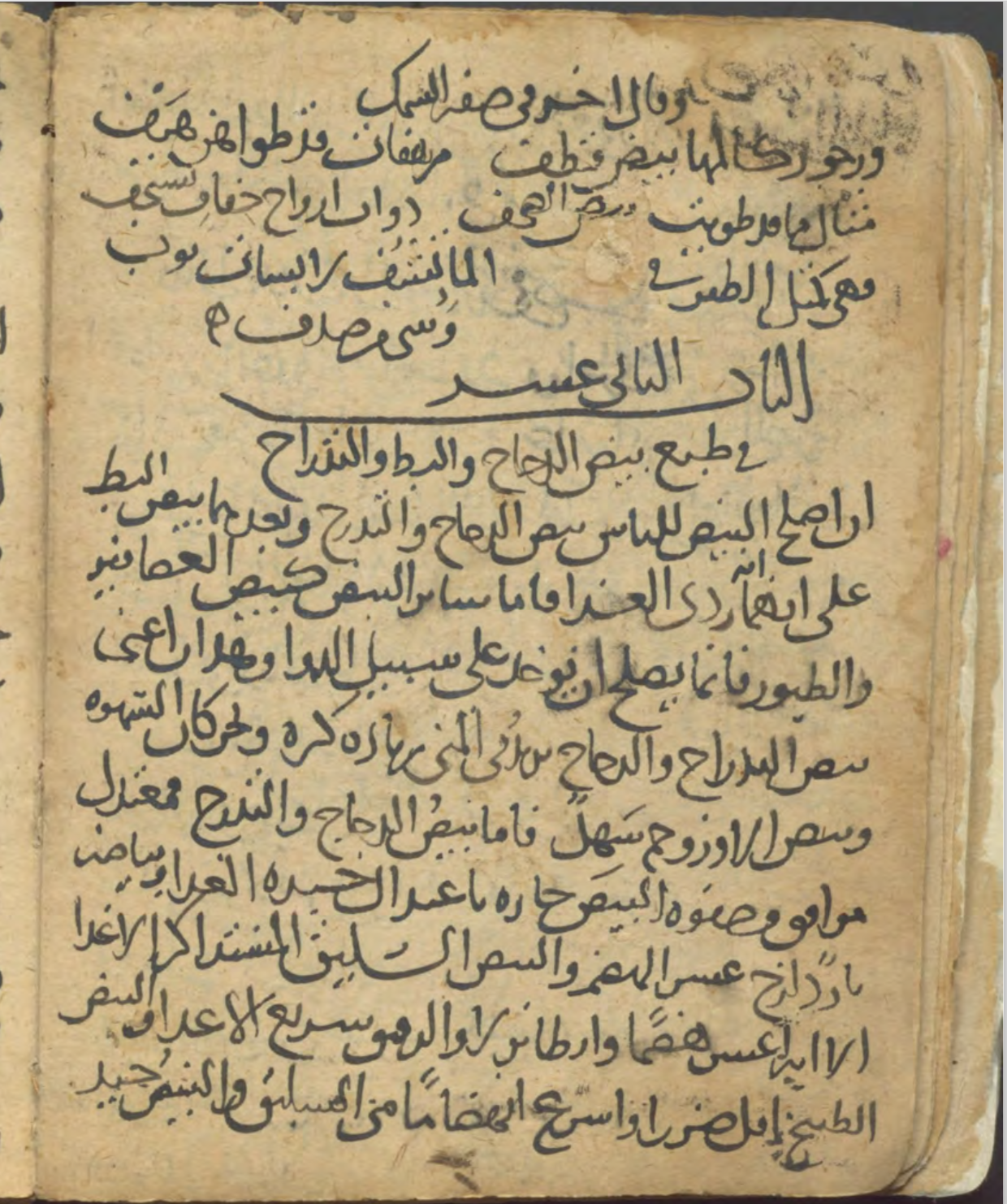 (Helsinki mss Arab 27, beginning of Chap. 12, on ‘cooking the eggs of chickens, ducks and partridges’)

For centuries to come, gastronomic writing would remain the solve preserve of the Arab-Muslim world, with manuals being produced in the East (Baghdad, Aleppo, Egypt) and West (Muslim Spain, Morocco, Tunisia).

Nearly thirty culinary treatises are known by name only from al-Warrāq’s time, and before, the earliest probably dating back to the late 8th/early 9th c.

In addition, a total of nine complete cookery books have survived, containing a total of approximately four thousand (!) recipes.

The authorship of the books is not always straightforward, and in most — if not all — cases, they are compilations, with possible additions by the compiler. It is, however, certain that they were written/compiled as guides for cooks, rather than for the general public.

The importance of gastronomy in Arab culture, especially during the Abbasid caliphate, is also evidenced by the fact that  culinary treatises were not the sole preserve of the practitioner, and a number of scholars, poets and even several calliphs are known to have contributed to the genre. Unfortunately, none of their works has survived.

The list below shows that 13th century may be called the Golden Age of Arabic cookery books as it witnessed no fewer than five. After another text in the 14th century, the final Arabic culinary treatise until the modern age was compiled in the first half of the 15th century. 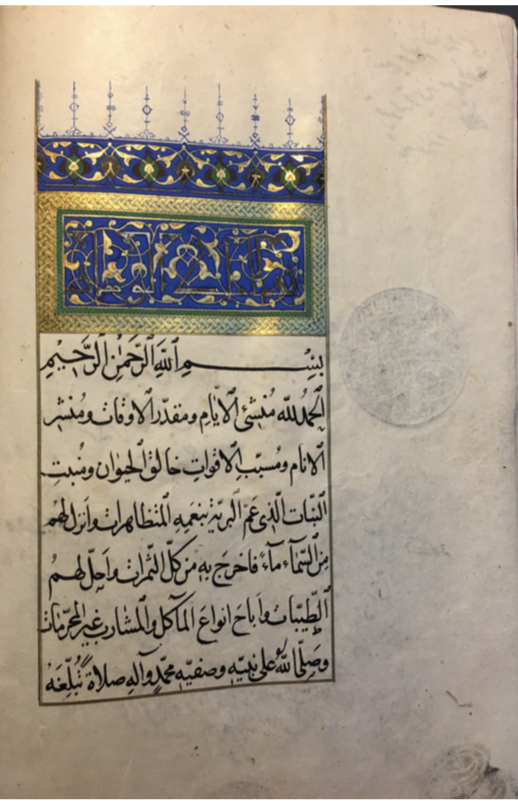 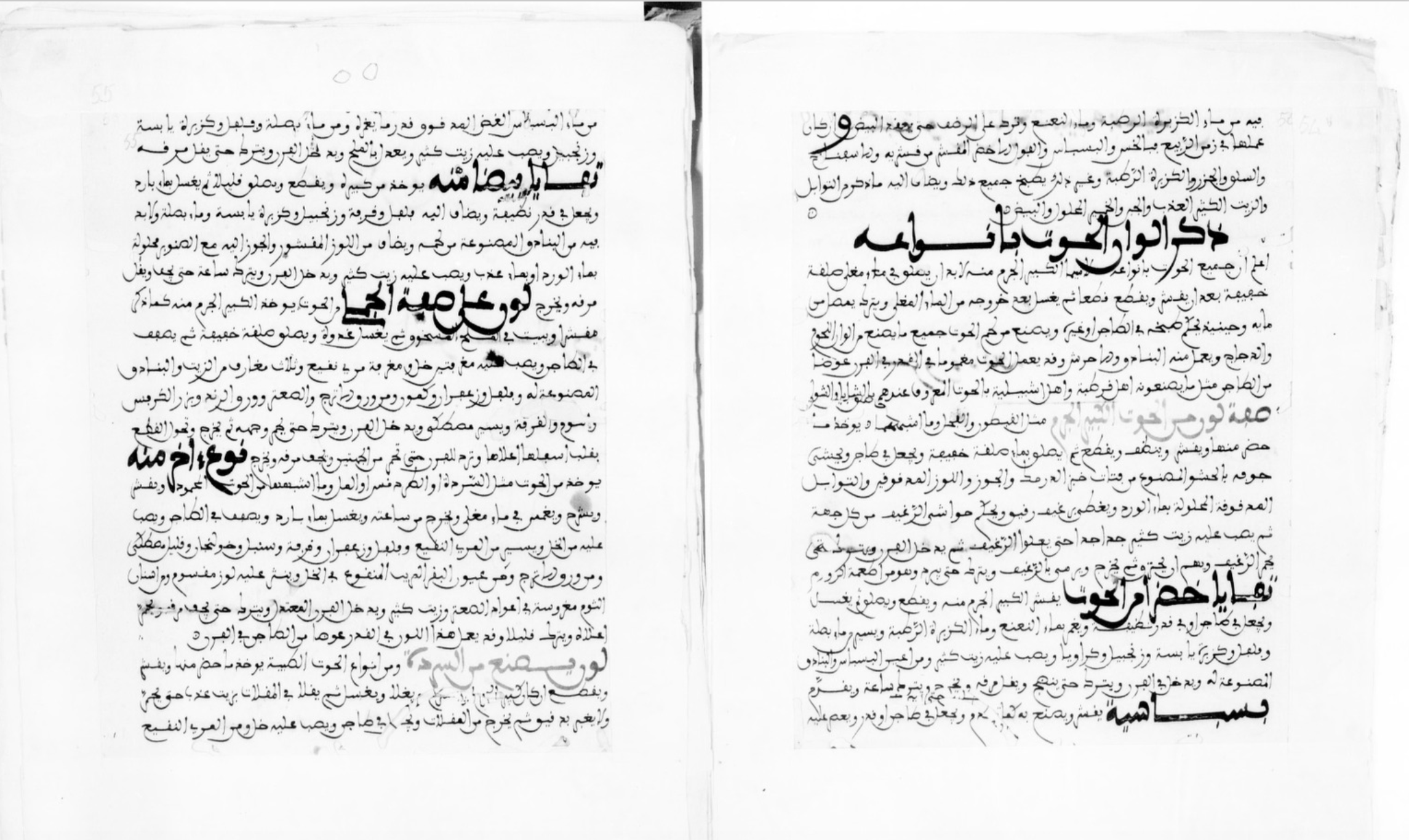 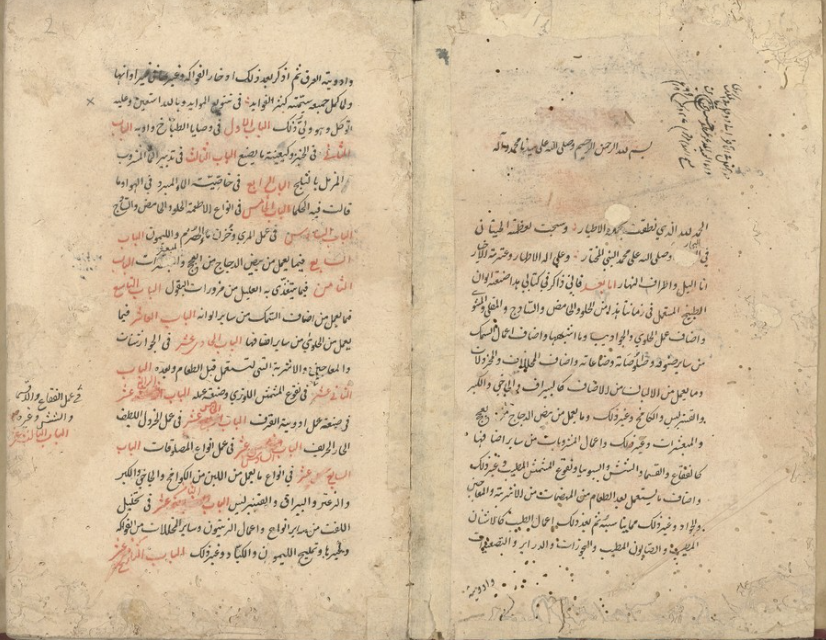 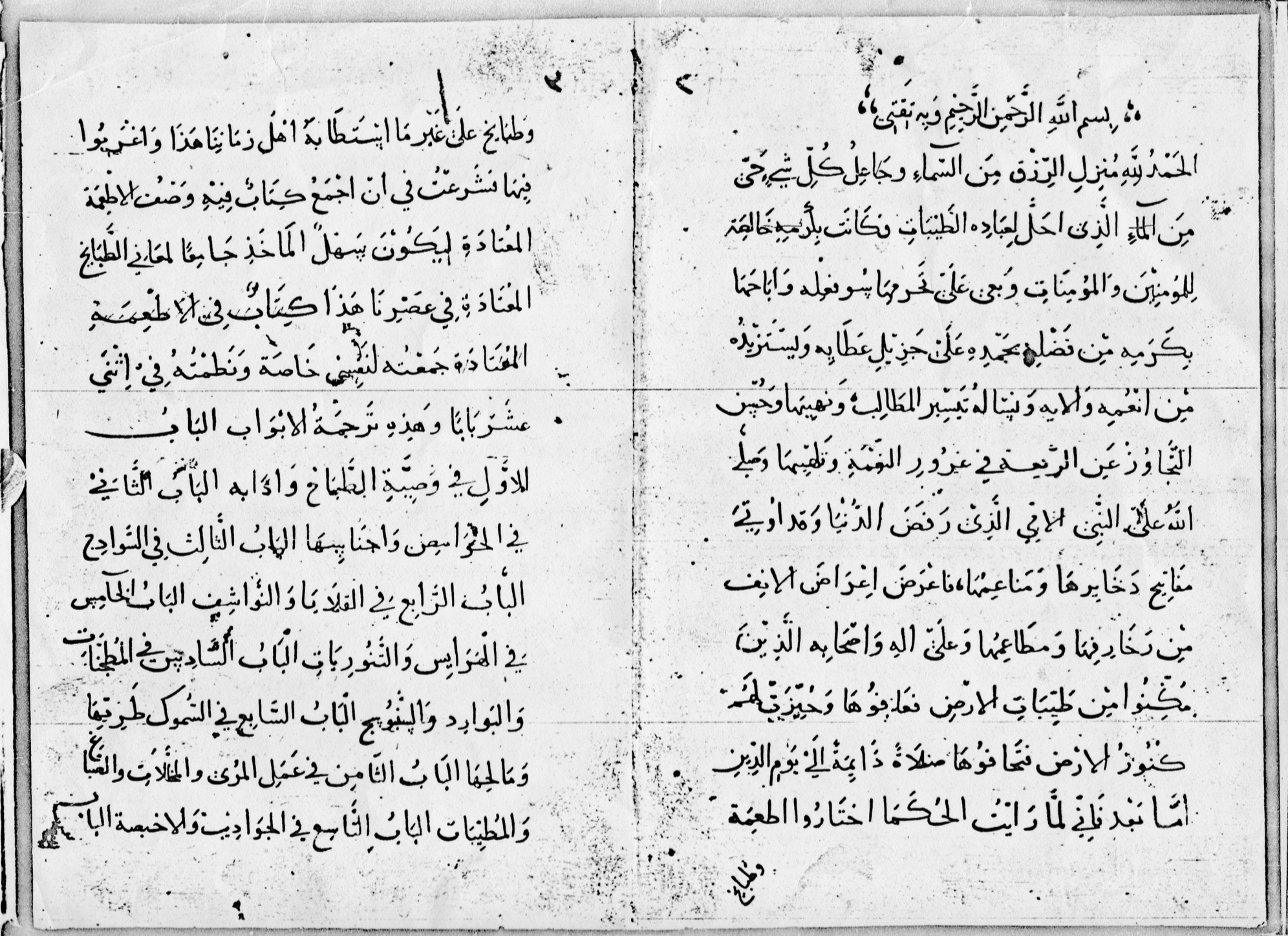 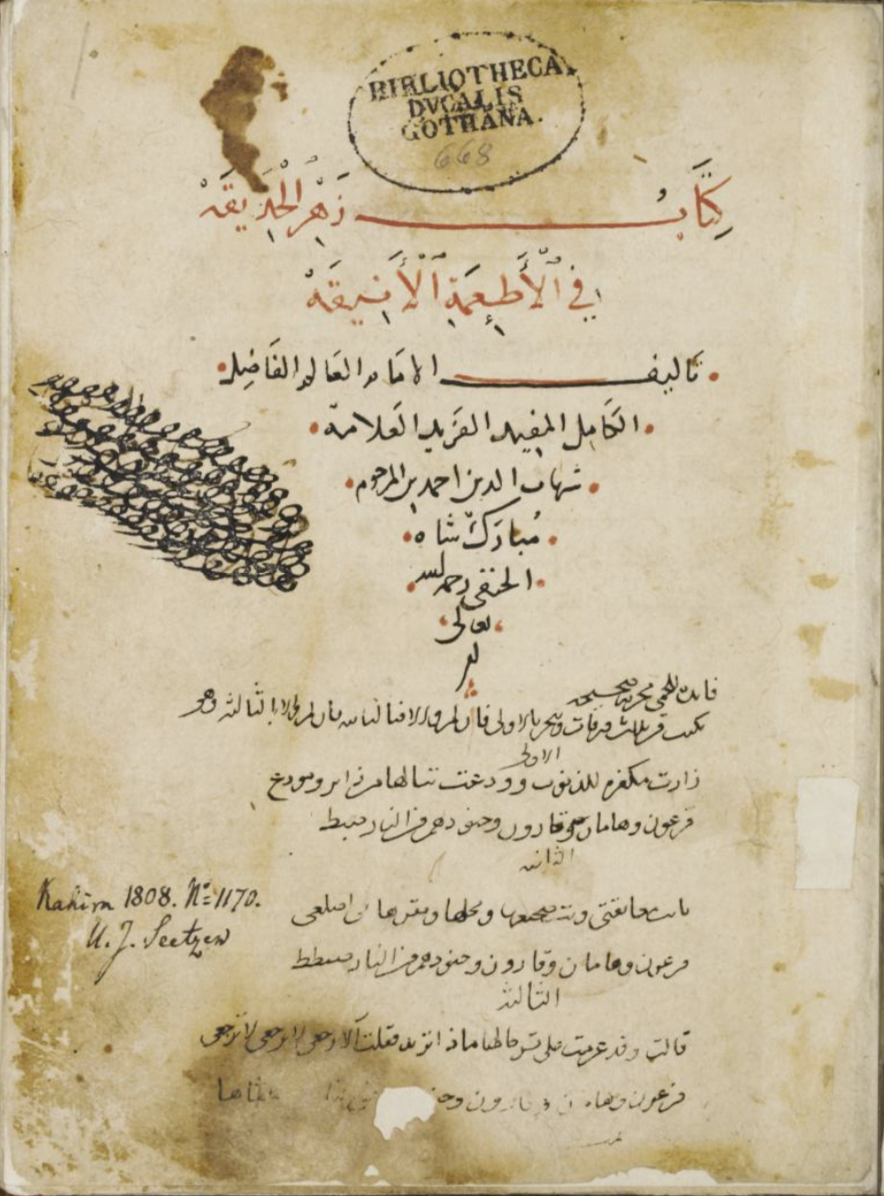 In addition to the rich cookery book tradition, food and gastronomy figure prominently in other types of writing as well, ranging from literature to medical treatises. The latter genre, in particular, contains numerous references to food, due the links between food and health within the humoral theory that underpinned medicine in the period.