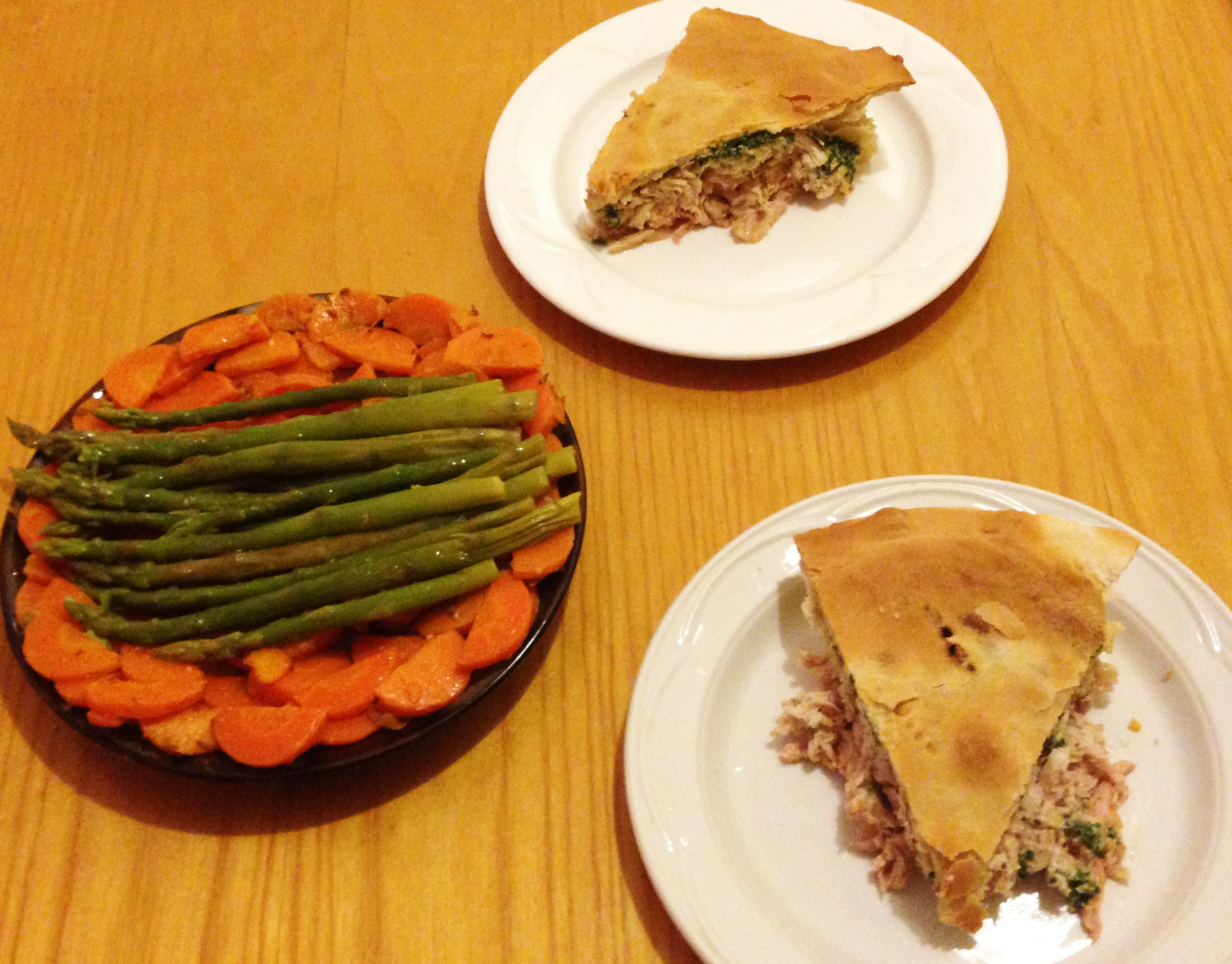 Unlike in modern Western cuisines, the order of individual dishes was generally not  rigidly fixed, at least in the Muslim East. The meal consisted generally of a number of courses: appetizers included dips, pickles and other snacks, including hot and cold dishes, both meat and vegetables.  The mains would always have included several rich stews and other meat dishes. Finally, diners would be served with various kinds of sweetmeats, as these were thought to aid digestion.

In the Muslim West (al-Andalus and North Africa),  a ‘canonical’ order appears to have been introduced very early on in higher circles, as shown in the following extract from the 13th-century anonymous Andalusian cookery manual:

“The order in which to eat dishes – which to serve first and last. The first dish to serve is a gentle one, such as a baqliyya (vegetable soup with meat), mukarrara (bread soup) , and various types of tafāyā (lamb stew), after which  types of jamalī (a beef or fish stew with eggs). These are followed by: muthallath [a vinegar meat stew, with vegetables); a dish made with murrī (fermented barley condiment); mukhallal l[vinegar stew); mu`assal (honey-based dish, sc. a sweet); a farṭūn (savoury pudding); and another mu`assal. This is the list of seven courses and the order in which to eat them. Many of the notables and their entourage instruct that individual dishes should be placed on each table in front of the guests, one after another. Truly, this is much better than having all of them in a multitude of porringers on the table. It is more beautiful, sophisticated and elegant. This is the way of the people of al-Andalus and the West, of their rulers, elites and people of note from the days of `Umar Ibn `Abd al-`Azīz and the Umayyad dynasty.”