It is in the ingredients that the difference between modern Arab cuisines and their medieval ancestor becomes most evident, as some of the mainstays of today’s dishes — tomatoes, potatoes, and peppers — would only be introduced much later from the Americas, in the so-called ‘Columbian exchange.’

The cookery books show a cuisine that was very meat heavy, which can be explained by the fact that they deal with the food of the elite, who were able to afford it. Fish was used much less often, at least in the Near East, and was also viewed unfavourably by physicians.

There is evidence, however, of a number of meatless dishes, though these tended to be cooked for religious purposes (for Christians), or, interestingly enough, health reasons, as vegetables were thought to be much lighter and easily digestible by the sick.

The food was generally very well seasoned, with salt, coriander, cumin, ginger, and cinnamon being used liberally. The cooking was done in sheep’s tail fat or, more commonly, sesame and olive oil.

The cuisine was also decidedly international, through the use of ingredients from far-flung places such as China or India.  The culinary treatises are often also very specific about where to source the finest produce, whether it be Persian pomegranates, Isfahani quinces, Greek aniseed, Khorasani grapes, Syrian apples, Socotran aloe, or Slav capsicum.

As there are extant cookery manuals from both the Western and Eastern Mediterranean, it is interesting to note that there were some clear differences. For instance, eggs were used far more often in Andalusia, where parsley was conspicuous by its absence, due to the fact that it was considered a ‘Christian’ herb there. 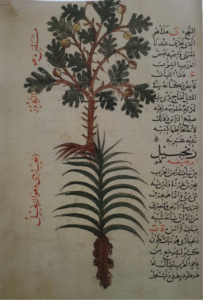 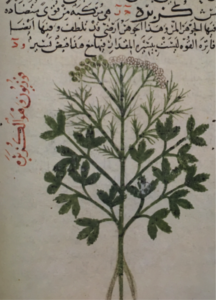 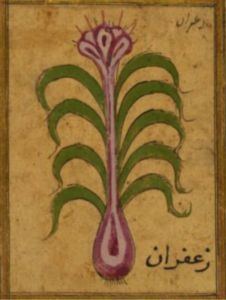 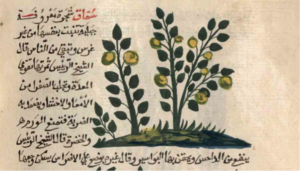