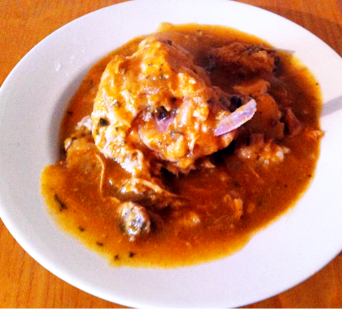 This delicious dish takes its name from the Arabic word for ‘apricot’, mishmish, and is already found in the oldest known Arabic cookery book, by al-Warrāq (10th century CE).

However, the use of apricots in cooking goes back even further, to Assyrian times (18th c. BCE), where they were an ingredient in a bean stew — yummy!

Fruit stews were  very popular in medieval Arab cuisine and many other types (with apples, sour oranges, etc.) can be found in the  cookery books. Interestingly enough, none of them has survived in present-day Arab cuisines. 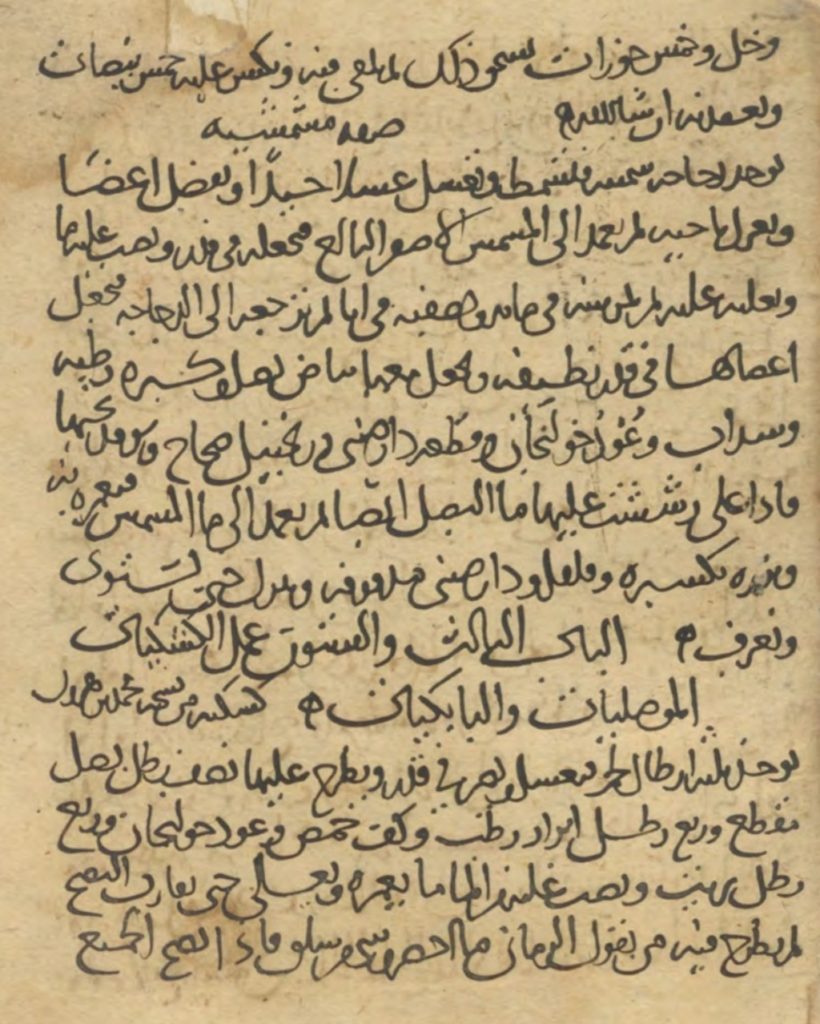 “Take a plump chicken, scald, clean and wash it very well. Joint and leave. Take ripe yellow apricots and put them in a pot. Pour water on them, and bring to a boil. Then mash the apricots and strain them into a container. Return to the chicken and put the pieces into a clean pot. Add the white of onions, fresh coriander, rue, a stick of galangal, a piece of cassia, and whole pieces of ginger. Then light a fire underneath it and when it is boiling, sprinkle onion juice over it as well. Add the apricots to the liquid [making sure] they are immersed. Season with ground coriander, pepper and cassia. Leave until [everything] is cooked, and serve.”

This dish works wonderfully well with fresh rice, or with crusty bread.