This recipe from a fifteenth-century Egyptian cookery book is for samosas made with mince, vegetables, sesame oil, vinegar, pepper, and hazelnuts (or almonds). It is a wonderful snack or light lunch. [Ibn Mubārak Shāh, fols. 12v.-13r.]

This is a recreation of a recipe dating from 1226CE for a popular stew, known as the ‘king of dishes’. While it has not survived in contemporary Middle Eastern cuisine, a descendant can be found in the Spanish escabeche, fish (or meat) marinated and cooked in vinegar. The ingredients include chicken, wine vinegar, coriander, ginger, saffron, black pepper, parsley, and rue. Sometimes, it was made with various cuts of meat and garnished with bazmāward (sliced sandwich wraps), sausages, and topped with cheese. Mustard is the condiment of choice. [al-Baghdādī, 1964, pp. 13-4]

The dish derives its name from the fact that a mixture of garlic, salt, cinnamon, cassia, spikenard, and eggs is stuffed underneath the skin along the spine of the chicken. It is served on top of citron leaves and decorated with crumbled egg yolks. Before serving, prinkle on some spices and shredded rue.  [Andalusian, fol. 12v.] 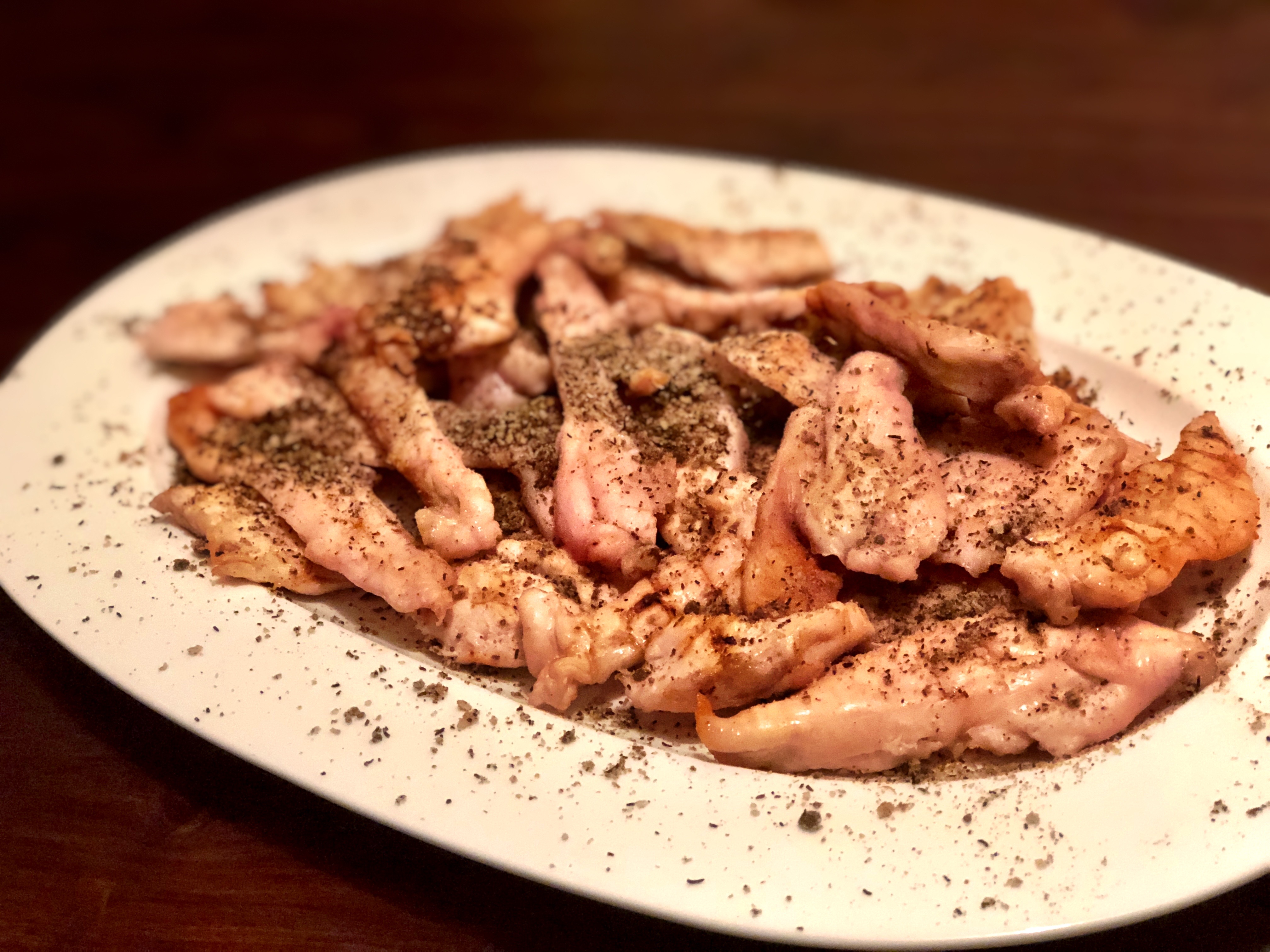 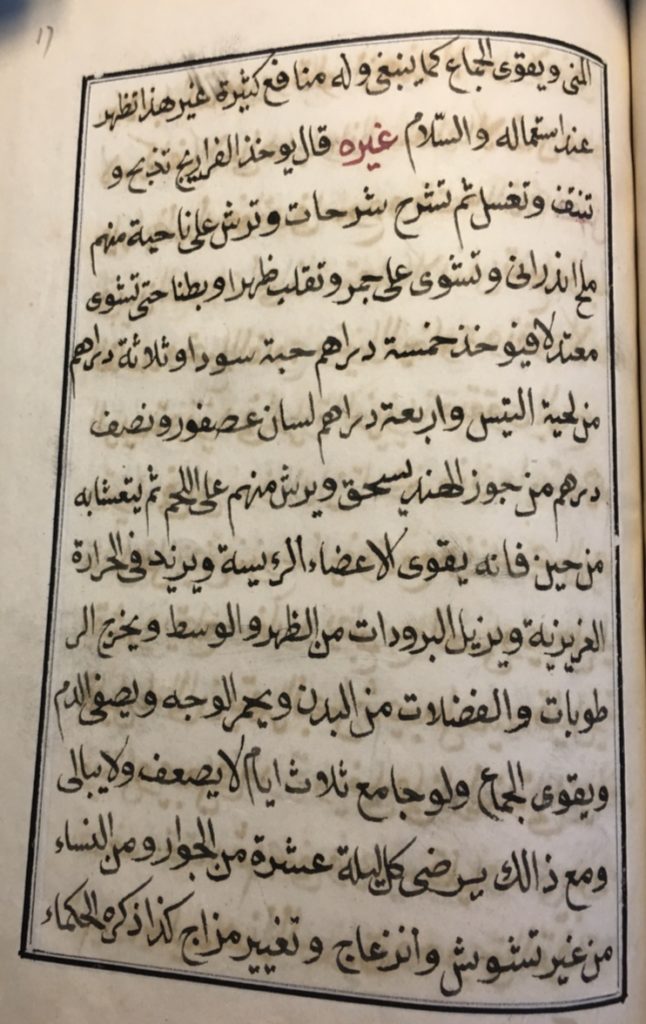 This delicious dish is called mishmishiyya (مشمشية) and takes its name from the Arabic word for ‘apricot’, mishmish (مِشْمِش), and is already found in the oldest known Arabic cookery book, probably compiled in 10th-century Baghdad. However, the use of apricots in cooking goes back even further, to Assyrian times (18th c. BCE), where they were an ingredient in a bean stew — yummy! Fruit stews were  very popular in medieval Arab cuisine and many other types (with apples, sour oranges, etc.) can be found in the  cookery books. Interestingly enough, none of them has survived in present-day Arab cuisines.

“Take a plump chicken, scald, clean and wash it very well. Joint and leave. Take ripe yellow apricots and put them in a pot. Pour water on them, and bring to a boil. Then mash the apricots and strain them into a container. Return to the chicken and put the pieces into a clean pot. Add the white of onions, fresh coriander, rue, a stick of galangal, a piece of cassia, and whole pieces of ginger. Then light a fire underneath it and when it is boiling, sprinkle onion juice over it as well. Add the apricots to the liquid [making sure] they are immersed. Season with ground coriander, pepper and cassia. Leave until [everything] is cooked, and serve.”

This dish works wonderfully well with fresh rice, or with crusty bread. For improved results, the modern recipe was supplemented with elements from al-Baghdādī’s mishmishiyya (13th-c.), which also includes cumin, almond flour, and rosewater.